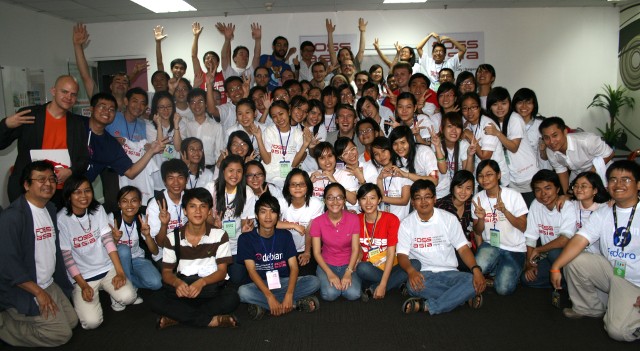 The goal of FOSSASIA is to provide knowledge of free and open source software and to offer the community a place to meet and share ideas. The annual conference brings together members of the Asian FOSS community along with the international community, thus fostering cooperation across projects and across borders.

Special Tracks: Women in IT and Lightweight Computing

The 2010 event offered 5 tracks including the two special theme tracks “Women in IT” and “Lightweight Computing”.

Hong Phuc Dang from MBM Vietnam said of the Women in IT panel:

“It is fascinating to see so many girls participating. I am very happy that we have chosen ‘Women in IT’ as a theme as it attracted many students to join us.”

The heated debate during the panel definitely portrayed some of the issues and challenges young female developers face. I hope that it made many of the younger women more interested in participating in the community. I am excited to see more involvement of women in IT in Asia in the near future” said Lilly Nguyen from the US. 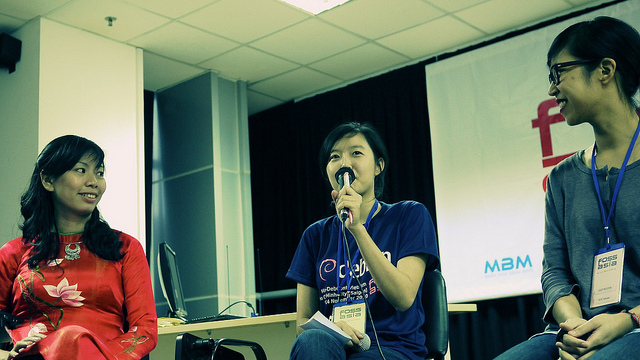 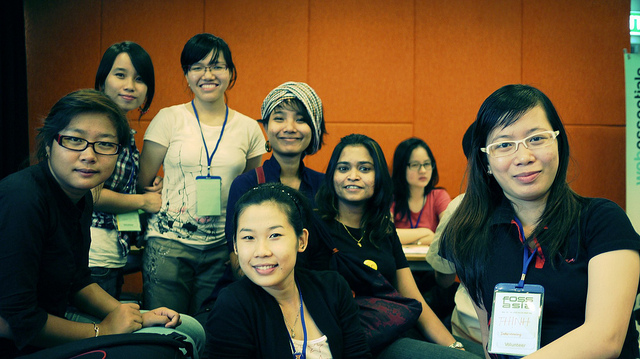 FOSSASIA was particularly happy to welcome the OpenOffice.org community who sponsored the event. As head of the Vietnamese OOo localization team, Vu Do Quynh from Hanoilug presented on the various ways that people could contribute to the OOo community while Yutaka Niibe and Yukiharu Yabuki presented on OOo’s use by the Japenese government in the Osaka Prefecture.

FOSSASIA 2010 was also an opportunity for the Debian community to organize a Mini-Debconf. Debian developers present included among others Jonas Smedegaard (Denmark), Paul Wise (Australia) and Thomas Goirand (France/China). 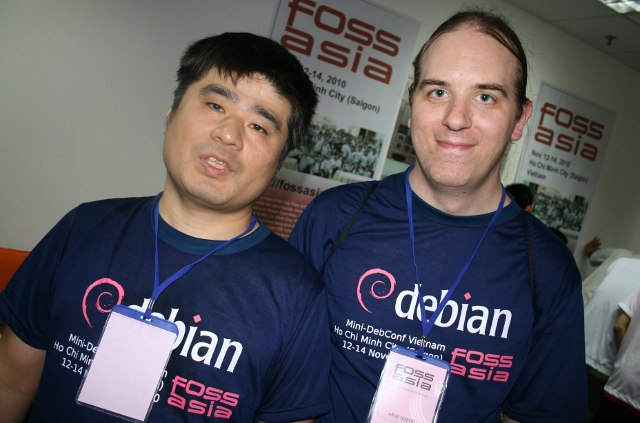 To celebrate the release of Fedora 14, Ambassador Anh Tuan Truong (Vietnam) and Pierros Papadeas (Greece) hosted the world’s largest release party. The even took place at the Ho Chi Minh City University of Pedagogy. Pierros–an active Mozilla contributor—had  this to say about the release event:

“It was AWESOME. At first I thought most of them were there due to their teachers, but  when we started a Q&A session I realized I was so wrong… they were  asking about PAE kernels, broadcom drivers, dual boot and LVM etc! By the end of the party we gave out T-shirts, LiveCDs and stickers to everyone, all 134 people where there! I believe that sets a new fedora record! The local Vietnamese community was introduced and many people are already starting to send emails wanting to start translating.” 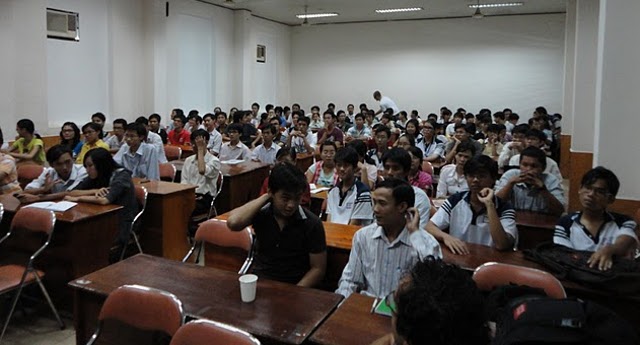 The FOSS Bridge to Asia

Projects also used the event as an opportunity to showcase new tools and devices like the Freedombox project of the Freifunk community and the latest version of the Crypto-Stick. Jan Suhr (Germany/Singapore) showed the device as a combination of both open hardware and open software.

In the web track, Colin Charles (Malaysia) presented the newest improvements of MariaDB. In addition, Michael Howden (New Zealand) conducted a workshop for Sahan Eden, a platform to provide support in the case of disasters. The workshop gave students a chance understand the information needs of disaster scenarios and they were able to contribute to the localization of the software.

Several web content management systems set-up information booths at the event. These included: TYPO3 with a booth organized by Dominik Stankowski from Web Essentials Cambodia and Drupal (Virak Hor, Cambodia and Quang Thong Tran, Vietnam). The event also introduced other tools such as Zabbix, a monitoring software (Walter Heck, Netherlands). One more hot topic was the enterprise p2p search engine YaCy.net of Michael Christen (Germany). A number of more established projects had the opportunity to share their news at the event including the desktop environments KDE with a presentation about Qt (Gregory Schlomoff, France), GNOME (Kien Truc Le, Vietnam), and LXDE (Duy Hung Tran, Vietnam). 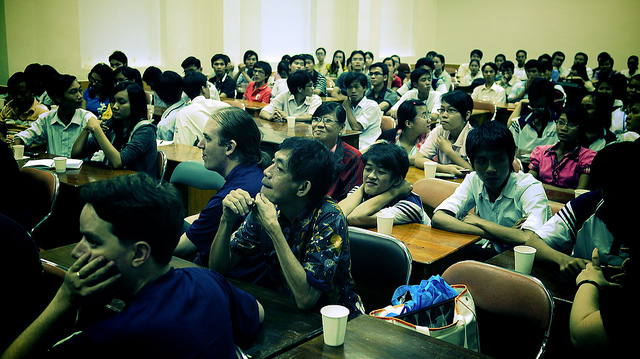 Taking a cue from previous barcamps and ‘unconferences,’ many attendees presented lightning talks. Preetam Rai, an Android App inventor, shared photos and tales about other barcamps throughout Southeast Asia. Mary Agnes James from Seacem spoke about todays chances to connect and share with e-media and social networks. Seacem also graciously sponsored this event.

During the final day of the event, FOSSASIA held it’s first Libre Graphics Day. Arne Goetje (Germany/Taiwan) introduced his new approach for a pan-Asian fonts library. Jon Philips (US) from Status.net and Dave Crossland (UK) from the Google Fonts project conducted an Open Design Workshop. The workshops brought curious crowds and has ultimately seeded plans for the Open Design Weeks 2011. 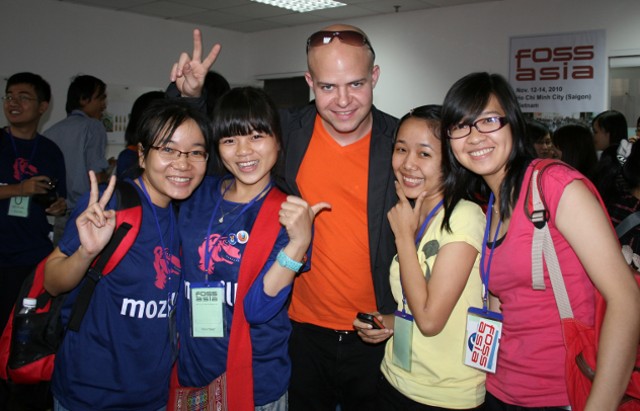 See you in Vietnam

Thanks again to the amazing crowd at FOSSASIA – developers, translators, event organizers, bloggers, teachers, students, designers and lost but not least our enthusiastic volunteers! See you all in 2011! 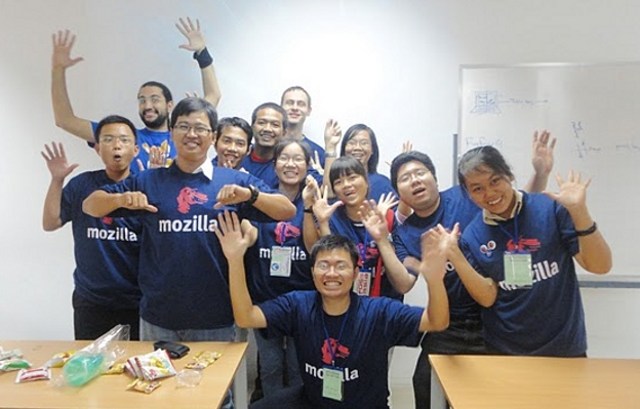