PSLab Android app supports multiple sensors external and internal. Users can view sensor readings and record them into a csv file for later use. They can also have their location embedded into the data set they are recording. Saving the location related to each sensor reading is important. Say in a school experiment teacher can ask the student to measure dust particle concentration in city and inside his house. If the data set didn’t have any reference to the location where it was recorded, it is just incomplete. To facilitate this feature, we have enabled location in data recordings.

Enabling location is just not enough. User should be able to view the locations. Probably on a map itself would be a good idea. With the use of Open Street Maps, we can add markers to specific locations. These markers can be used as a point to show on map where a specific data set had been recorded by the user. This can be implemented further to add additional features such as standardized labels to view which data set is at which location etc.

Unlike Google Maps API, in Open Street Maps there is no direct implementation to add a marker. But it is not a hard implementation either. We can simply create a class extending map overlays and use that as a base to add markers.

We can start by creating a new class that extends ItemizedOverlay<OverlayItem> class as follows. In this class, it would be wise to have an array list full of markers we are using in the map to modularize the whole markers related tasks into this one class rather than implementing in every place where map is used.

This method will be used to handle focusing events related to map markers.

Following method is used by the map itself to generate markers from the marker list.

This method is an overriden method we will have to include in the class body.

Once the overlay class is completed, we can move on to actual implementation of a map on Openstreetmap view.

From the main activity where the map is viewed, initiate the marker overlay class and pass the drawable that needs to be shown as the marker to the class constructor as follows:

We can add as many GeoPoints as we want to markers list and they all will be displayed on the map like this;

PSLab Android app is an open source app that uses fully open libraries and tools so that the community can use all it’s features without any compromises related to pricing or feature constraints. This will brings us to the topic how to implement a map feature in PSLab Android app without using proprietary tools and libraries. This is really important as now the app is available on Fdroid and they don’t allow apps to have proprietary tools in them if they are published there. In other words, it simply says we cannot use Google Maps APIs no matter how powerful they are in usage.

There is a workaround and that is using Open Street Maps (OSM). OSM is an open source project which is supported by a number of developers all around the globe to develop an open source alternative to Google Maps. It supports plenty of features we need in PSLab Android app as well. Starting from displaying a high resolution map along with caching the places user has viewed, we can add markers to show data points and locations in sensor data logging implementations.

All these features can be made available once we add the following dependencies in gradle build file. Make sure to use the latest version as there will be improvements and bug fixes in each newer version

OSM will be functional only after the following permission states were granted.

In a view xml file, add the layout org.osmdroid.views.MapView to initiate the map view. There is a known issue in OSM library. That is during the initiation, if the zoom factor is set to a small value, there will be multiple instances of maps as shown in Fig 1. The solution is to have a higher zoom value when the map is loaded.

Once we initialize the map view inside an activity, a zoom level can be easily set using a map controller as follows;

After successfully implementing the map view, we can develop the business logic to add markers and descriptions to improve the usability of OS Maps. They will be available in the upcoming blog posts. 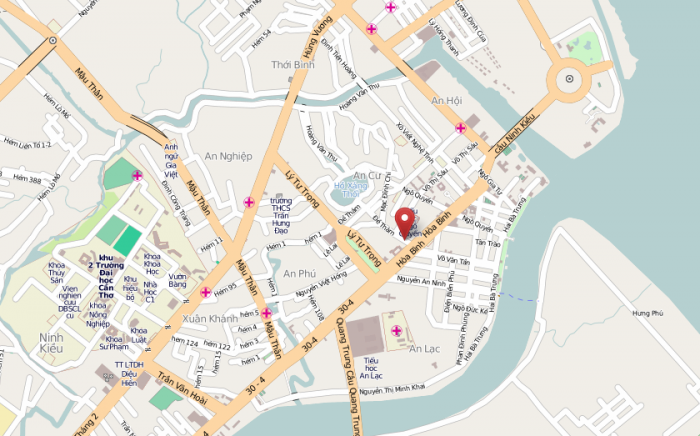 When it comes to Free and Open Source Software there are a lot of useful tools out there to make use of maps. But how useful is it, if there is no map data?

This was the reason for focusing our attention on maps of the Mekong Delta. For two months we cooperated with companies and universities in the Mekong Delta and we welcomed 10 students to work with us to improve the maps in the area. We did with different tools including Open Source Android apps and satellite images.

Check out the OSM Beginner’s Guide to become a map contributor as well!

Everyone loves pics. So here are a few pictures of the hard-working students. 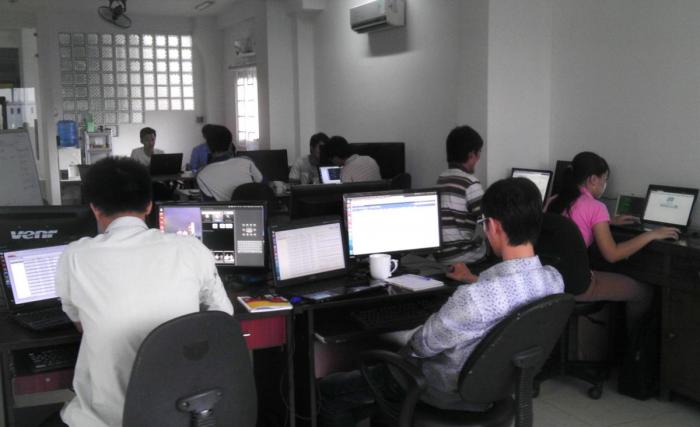 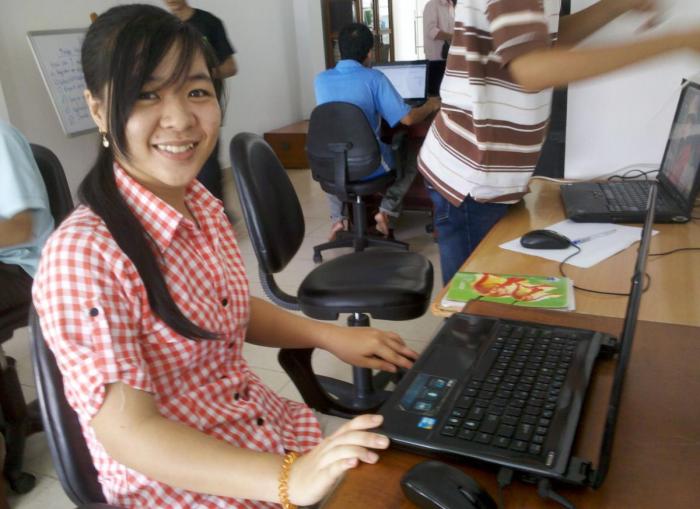 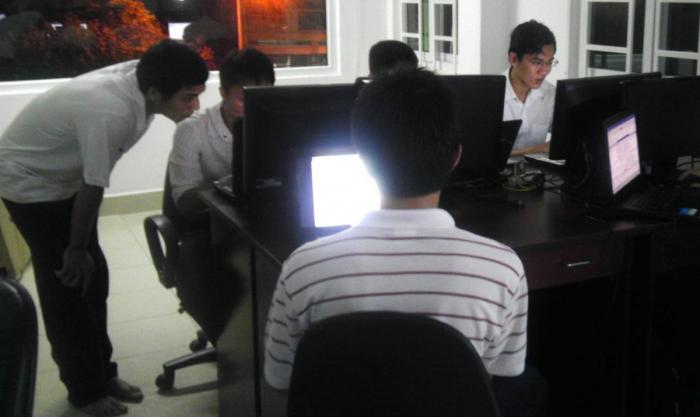