All the other assets are cached lazily. Only when they are requested, we fetch them from the network and store it in the local store. This way, we avoid caching a large number of assets at the install step. Caching of several files in the install step is not recommended since if any of the listed files fails to download and cache, then the service worker won’t be installed!

One thing which we need to keep in mind is that the website content should not become stale. Because it might happen that the website is updated but the actual content shown is older since response to every request is being fetched from the outdated cache. We need to delete the old cache and install a new service worker when the content of the site is updated. To deal with this issue, we calculate the hash of event website folder after the site has been generated. This value of the hash is used as the cache name inside which we keep the cached resources. When the content of the event website changes, the value of the hash changes. Due to this, a new service worker (containing the new value of the hash) is installed. After the currently open pages of the website are closed, the old service worker is killed and the activate event of the new service worker is fired. During this activate event, we clear the old cache containing the outdated content!

Here are many screenshots showing service workers in action 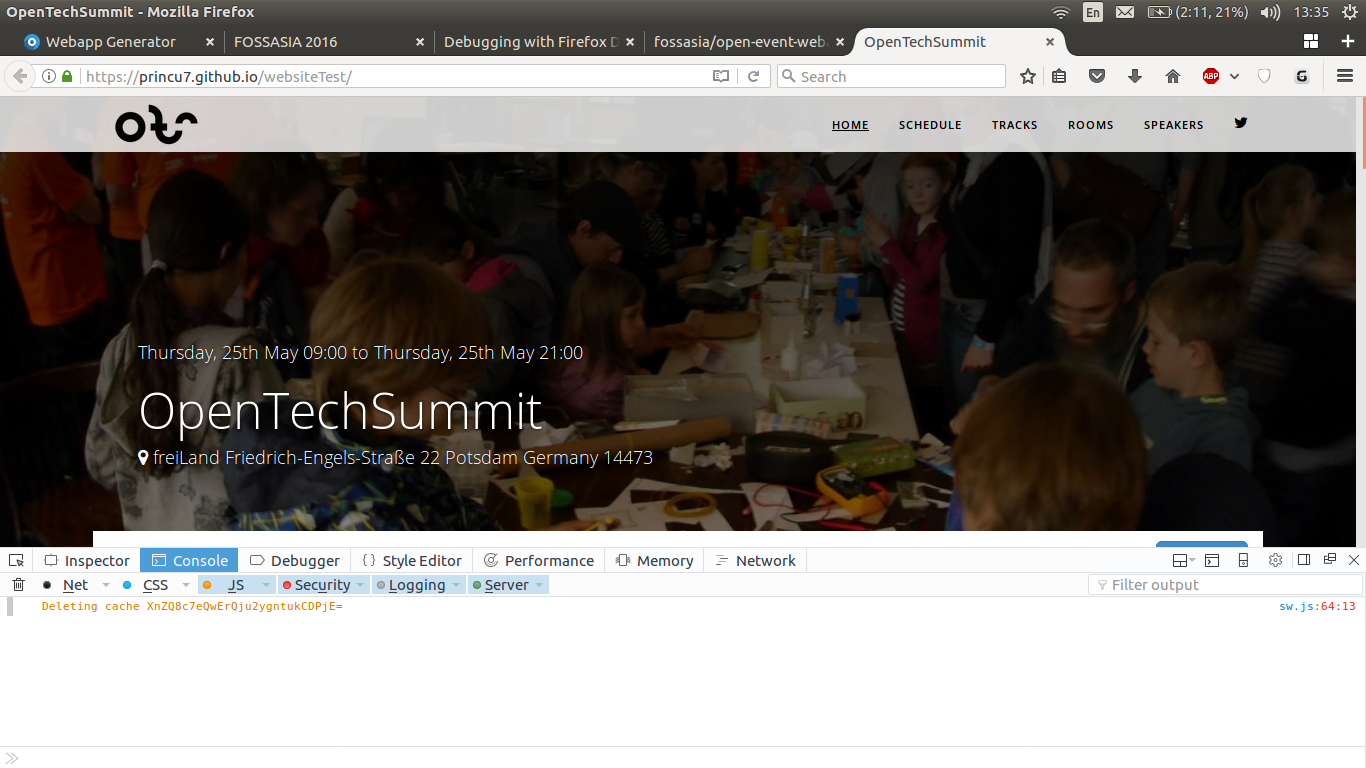 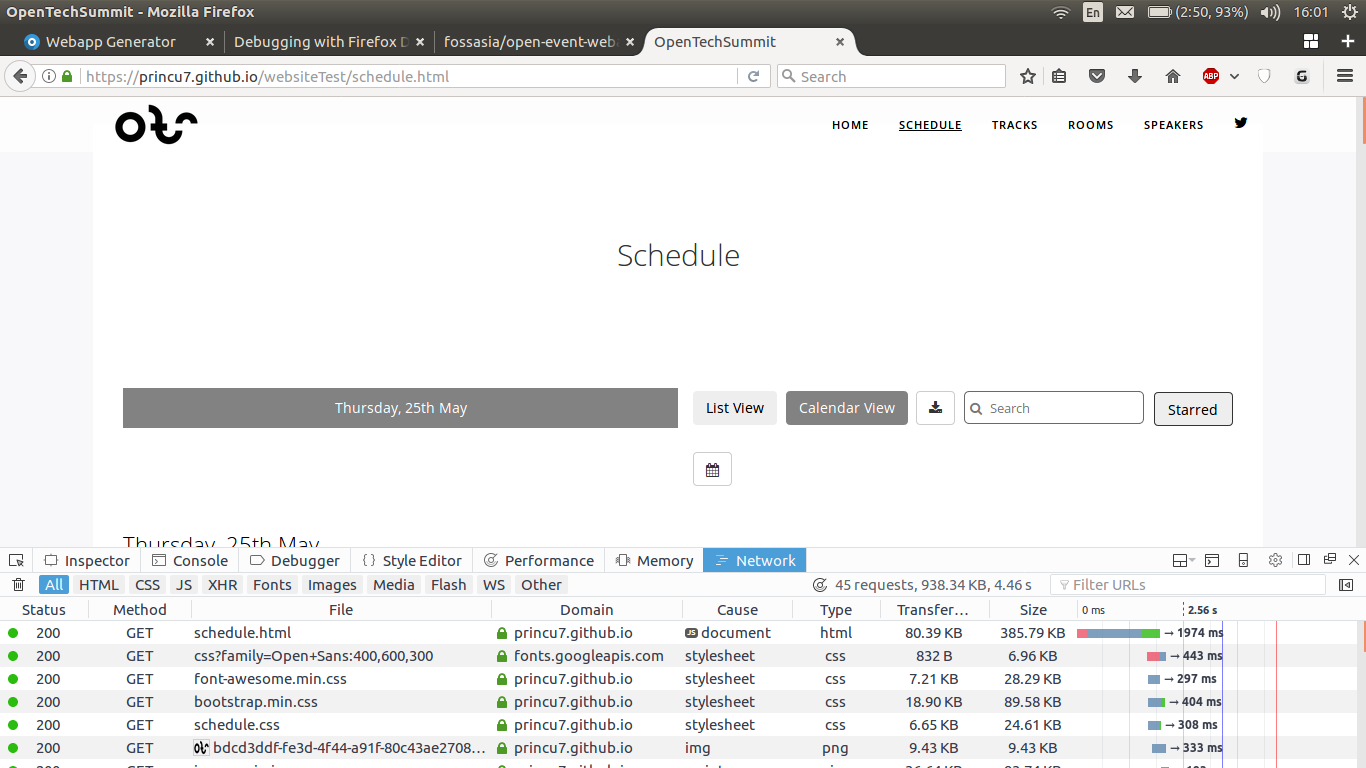 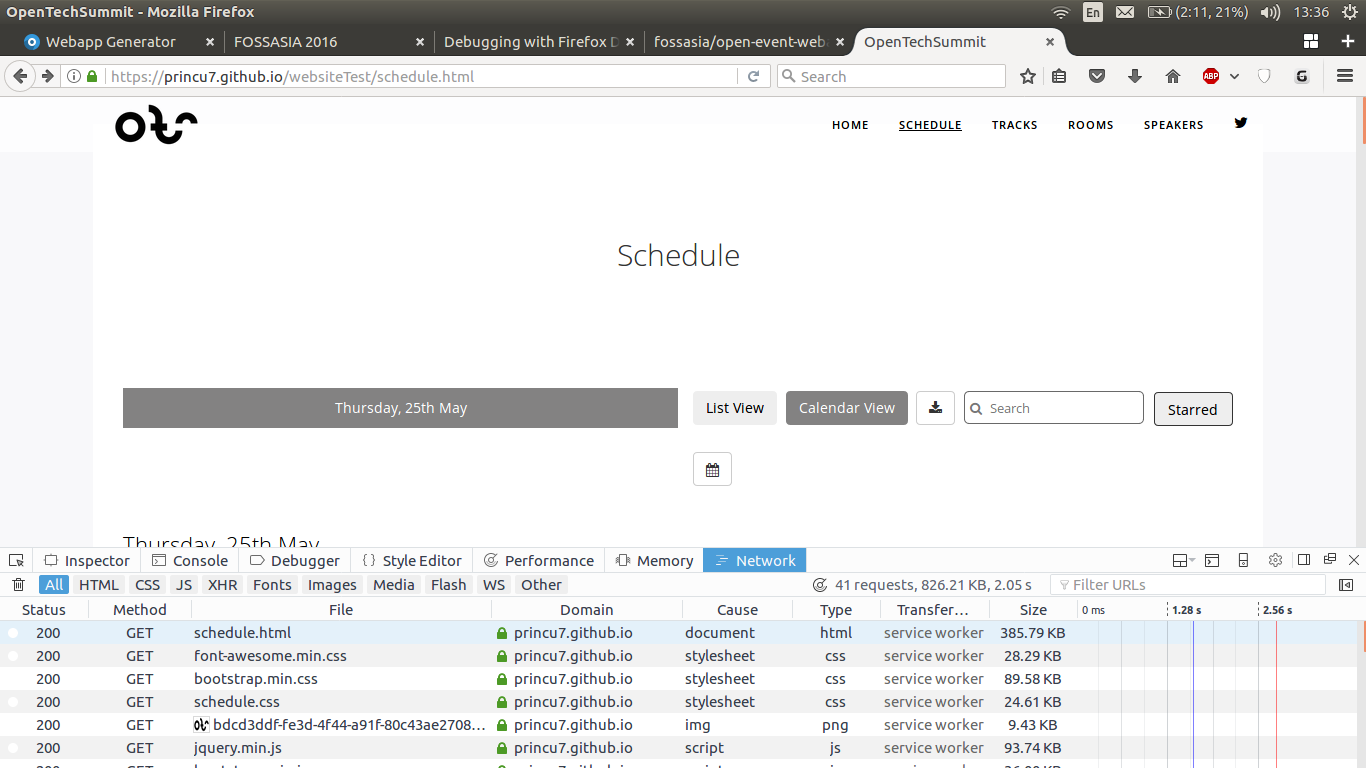 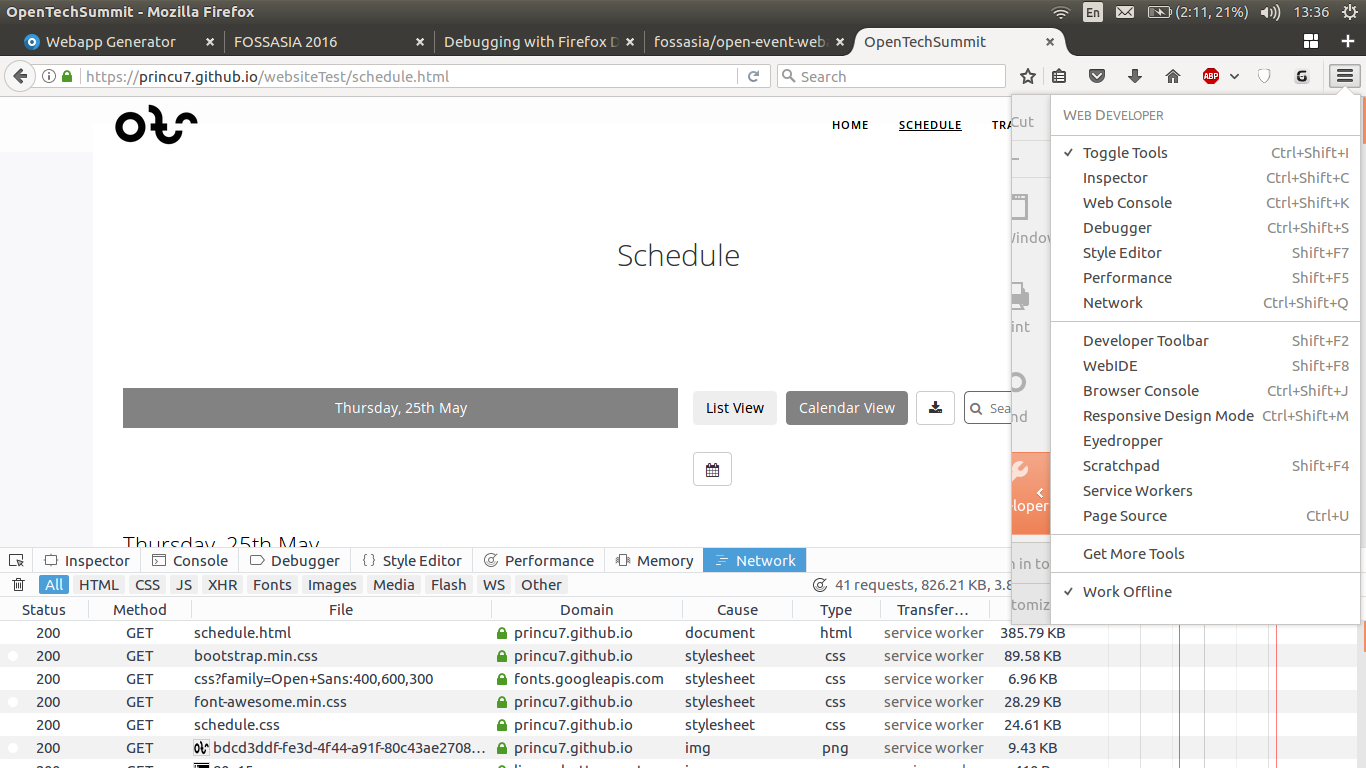 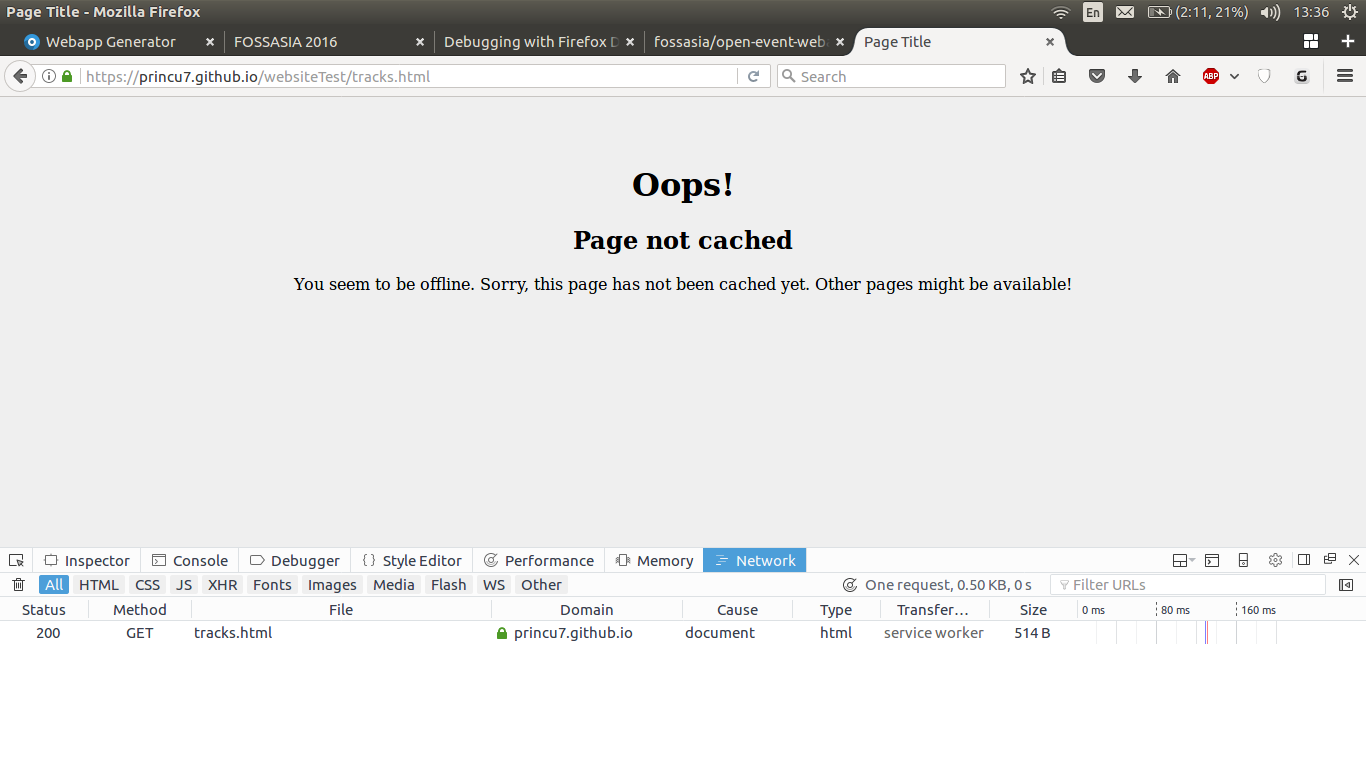